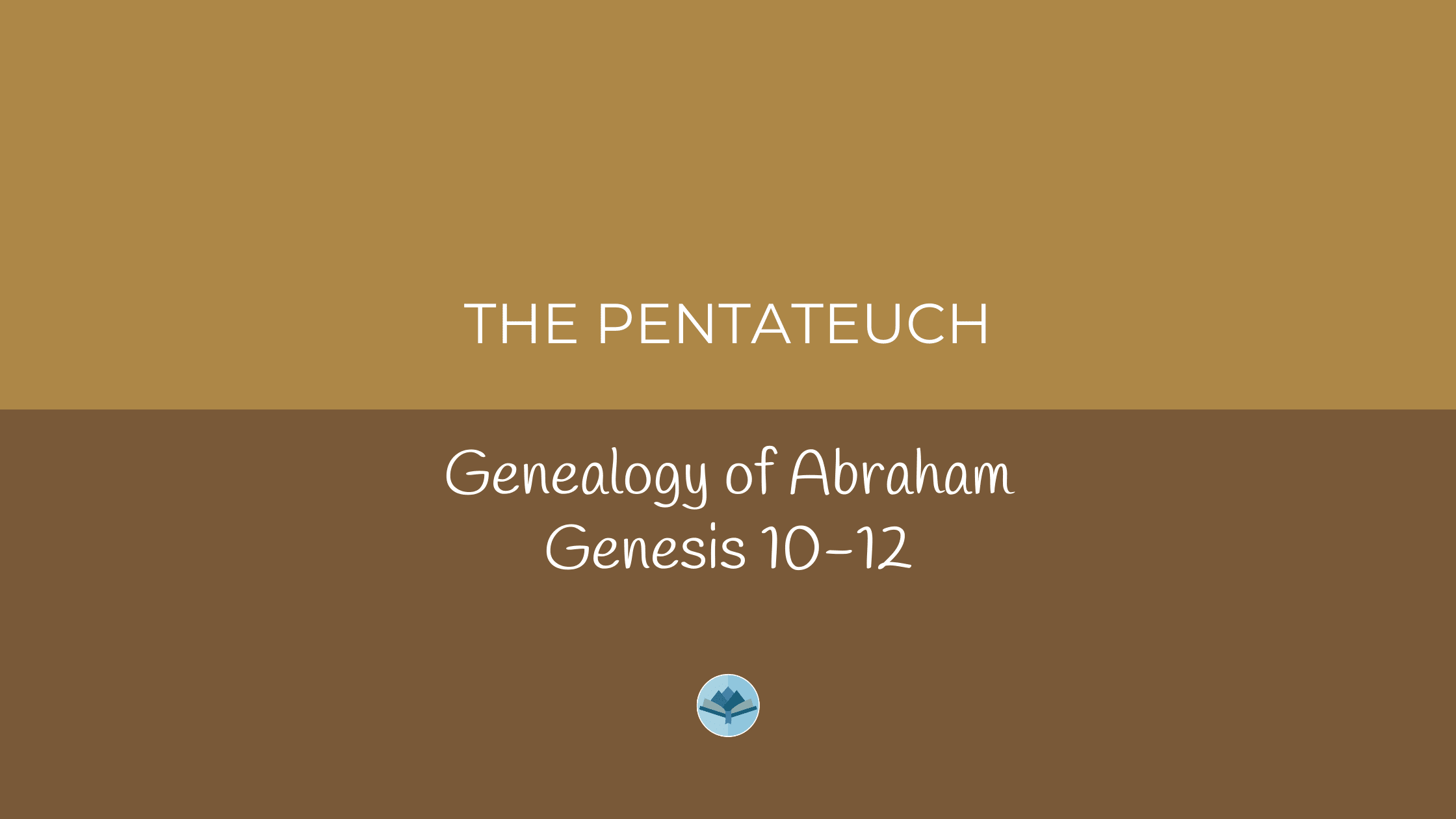 After Noah had been blessed by God, given a new covenant with the sign of the rainbow to remind both us and God of His promise, Noah cursed his grandson, Canaan. Ham, Canaan’s father, had disrespected Noah, mocking Noah after finding him passed out drunk and naked, revealing Ham’s heart of rebellion. Canaan and his descendants were cursed to be the slaves of Noah’s middle son Shem, while their oldest brother, Japheth, would also benefit from the curse of the youngest brother.

The two of Noah’s sons who did the honorable thing by respectfully coving their father’s nakedness had been blessed, while Ham’s line was cursed for making fun of their father and having sin in his heart. The curse on Canaan is important to remember. Throughout history, the land and tribe of Canaan will be impacted by this curse.

Why is the genealogy of Abraham important?

Genealogy can be a very confusing, exhausting, or even a boring study topic – but wherever there is a list of names in scripture, it tells us an important piece of the story. Through the genealogy of Abraham, we can learn a few key things through these confusing lists of seemingly disorganized names and places.

How many generations were there from Adam to Abraham?

From Adam and Abram, there were 18 generations, Abram being the 19th.

What line did Abraham come from?

Abram, later renamed Abraham, came from the line of Shem who was blessed by Noah. Ham’s descendants from Canaan were cursed to be the slave of Shem’s descendants, and later God promises the land of Canaan to Abraham and all of his descendants.

Now the Lord had said to Abram:
“Get out of your country,
From your family
And from your father’s house,
To a land that I will show you.
2 I will make you a great nation;
I will bless you
And make your name great;
And you shall be a blessing.
3 I will bless those who bless you,
And I will curse him who curses you;
And in you all the families of the earth shall be blessed.”

Who founded the land of Canaan?

Canaan was the son of Ham who had disrespected his father, Noah, resulting in a curse on Canaan. Canaan was founded by the son of Ham, but was later the land God promised to Abraham and his descendants. From Shem to Abraham there were 8 generations, making Abraham the 9th generation. With the lifespans of people in that time that would have been hundreds of years that each tribe would have been able to settle and build cities, develop livelihoods, and populate the land.

4 So Abram departed as the Lord had spoken to him, and Lot went with him. And Abram was seventy-five years old when he departed from Haran. 5 Then Abram took Sarai his wife and Lot his brother’s son, and all their possessions that they had gathered, and the [a]people whom they had acquired in Haran, and they departed to go to the land of Canaan. So they came to the land of Canaan.

Why did God implement different languages?

Nimrod, son of Ham, founded key kingdoms such as Babylon and Ninevah, located in modern-day Iraq. Babylon is given special accolades for its sinful idolatry and pride. They wanted to make names for themselves by making a tower so tall it reached the top of the skies. God had commanded the people to “be fruitful and multiply over the whole earth”. God’s instructions were clear – He wanted the entire earth to be populated, which required the current population to spread out and settle all over the world.

Those in Babylon, of Nimrod’s tribe, only 2 generations after Noah, had decided they didn’t want to be scattered. They wanted to elevate themselves and worked together to defy God’s command. This is an example of God giving mankind a choice knowing what they will do, and when they do the wrong thing God has to humble them. He came in and confused their languages, so now the people could not work together as they had – they were forced to disperse and migrate as the Lord had commanded them to do.

Sometimes God has to come in and poke holes in our plans to redirect us back to His plans. We have the choice of obedience or disobedience, and He is always actively working in us to bring us to His path. His path is the best path, every single time. God had said of the Babylonians “If they have begun to do this as one people all having the same language, then nothing they plan to do will be impossible for them.” God saw that the people believed themselves invincible. They had elevated themselves over the Lord in their hearts, seeking to be like God – sound familiar?

5 Then the Lord came down to look over the city and the tower that the humans[a] were building. 6 The Lord said, “If they have begun to do this as one people all having the same language, then nothing they plan to do will be impossible for them. 7 Come, let’s go down there and confuse their language so that they will not understand one another’s speech.” 8 So from there the Lord scattered them throughout the earth, and they stopped building the city. 9 Therefore it is called Babylon,[b][c] for there the Lord confused the language of the whole earth, and from there the Lord scattered them throughout the earth.

Where did Japhet, Shem, and Ham’s descendants settle?

Why is the genealogy of Abraham so important?

Jesus Christ was born into the world through the line of Abraham, who came from the line of Shem, Noah’s middle son. Noah descended from Seth, the 3rd son of Adam and Eve who was born to replace Abel, who was killed by his brother, Cain. This genealogy, while confusing, is vital because it provides us with the first 19 generations leading to the earthly birth of the Messiah, Jesus Christ.

We see the genealogy of Abraham, and then begin to learn about Abraham himself. His first name was Abram, which means “[my] father is exalted”. God later changed his name to Abraham, which means “father of multitudes”. This new name is a sign of the covenant God made with him. God called on Abraham, giving Abraham an opportunity to show his faith and obedience to the Lord. Abraham left the land in which he had lived for 75 years with his family, taking his wife, Sarai (who was also his half-sister), and his nephew, Lot, who was the son of Abraham’s brother, Haran.

God called him away from all Abraham knew and promised to make him into a great nation. Abraham is an incredible example and encouragement to all of us. God blessed Abraham because of his faith in the Lord. The blessing came with tough choices and hard work. This blessing didn’t come easy. As with Abraham, God will call on us to do hard things that take immense faith in Him. We can trust in the promises and guidance of God just as Abraham did, and also trust that God will bless our faithfulness and obedience to Him.

7 Therefore know that only those who are of faith are sons of Abraham.

3 For what does the Scripture say? “Abraham believed God, and it was [a]accounted to him for righteousness.”

Join the discussion on Discord!

Want to discuss this study and other Bible topics and questions with the community?

Read more about the Pentateuch

Names of Jesus: The Word

How to Glorify God with Acts of Service