Main Themes of the Books of 1 and 2 Chronicles 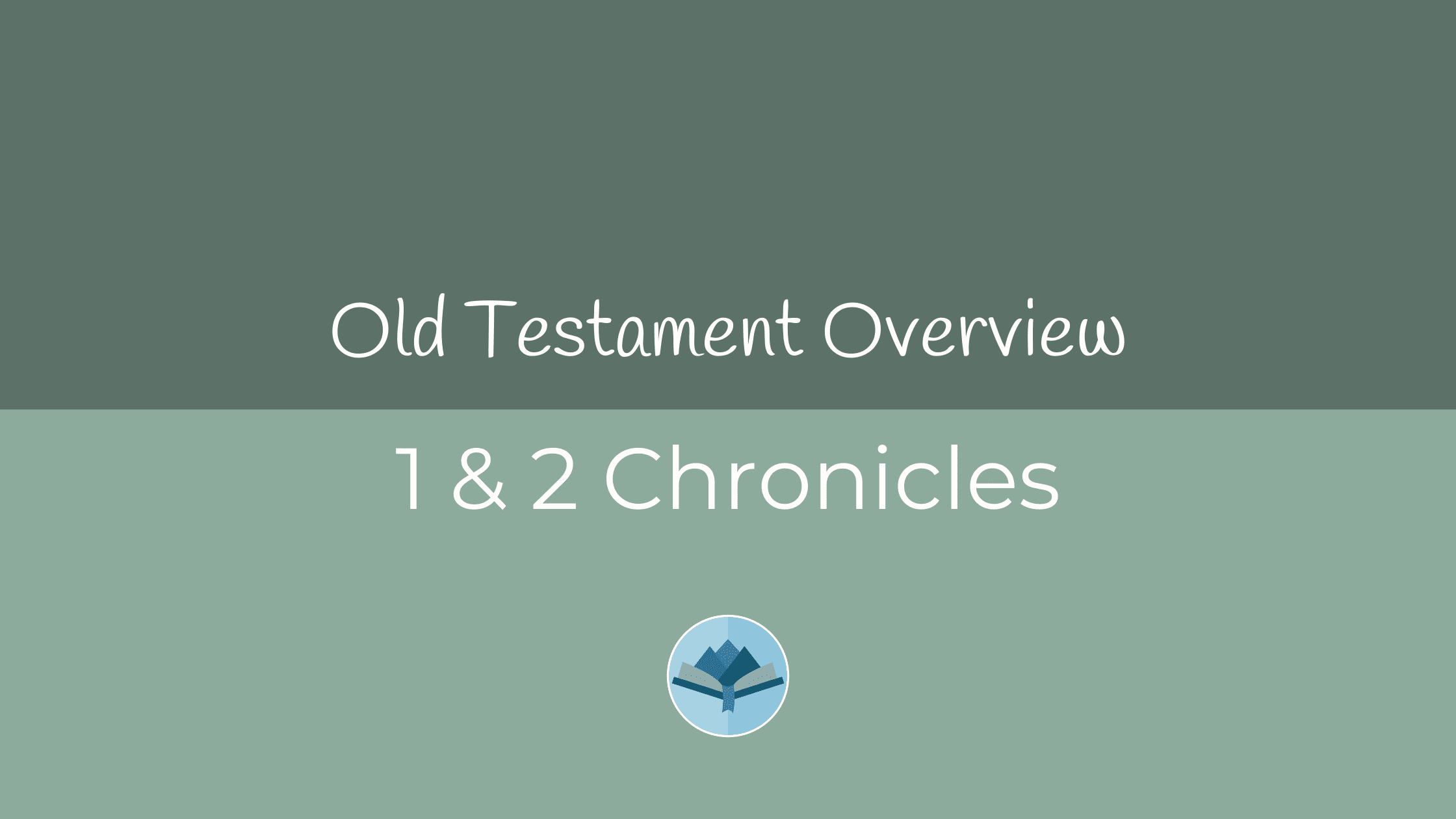 Who wrote the Books of 1 and 2 Chronicles and who did they write it for?

It is unknown for certain who authored 1 and 2 Chronicles. Often attributed simply to “the chronicler”, it is widely believed that Ezra wrote these books.

When did the events of Books of 1 and 2 Chronicles happen?

The events in 1 and 2 Chronicles are a duplication and expansion of the history recorded in the books of Genesis through 2 Kings. These events are believed to have occurred from Creation to approximately 400 BC. 1 and 2 Chronicles were likely written somewhere between 425-400 BC.

What was the setting of the Books of 1 and 2 Chronicles?

The events within 1 and 2 Chronicles cover the events from Creation to the end of the Israelite’s exile to Babylon. These records end in the time when the Persian Empire reigned over Jerusalem, had replaced the monarchy, and allowed the Israelites to return to the land and rebuild the temple. Unfortunately, a lot had changed during their exile and it was much different than the glory days of David and Solomon’s reigns.

What is the purpose of the Books of 1 and 2 Chronicles?

How do the Books of 1 and 2 Chronicles apply to my life?

It is unknown for certain who wrote the books of 1 and 2 Chronicles, but early Jewish tradition gives Ezra credit, and the first three verses of the book of Ezra match the last verses of 2 Chronicles. Because of this, many believe it was Ezra who penned these books of Israel’s history by divine inspiration of the Holy Spirit. These books were originally one text titled “Events of the Days”, and were later separated and renamed “Things Passed Over”. These titles are likely because these books don’t necessarily carry on the history from the point of 1 and 2 Kings, but rather they duplicate and expand on the history provided in Genesis through 2 Kings.

The content of 1 and 2 Chronicles differs from the accounts given in other Old Testament books in that it focuses more on a priestly outlook versus a monarchy and kingly perspective. It also provides more of a theological narrative of historical events versus simply providing an account of historical events.

1 and 2 Chronicles can be broken up into four main sections covering genealogies, David’s reign, Solomon’s reign, and the remaining rulers of Israel after them. These records served as an encouragement to those who were returning from exile and needed to be built up in their faith during those extremely difficult and dangerous times. These people also needed hope for the future while their whole lives were being uprooted and the future would have seemed incredibly uncertain.

We can draw the same kinds of encouragements and exhortations from these books, and be reminded of God’s faithfulness and hope no matter what we face in our lives. Being strong in faith and seeking to grow in our relationship with and obedience to the Lord will lead to blessings, even when we go through trials and sufferings along the way.

Grab the printable for the Books of 1 and 2 Chronicles Overview study!

Main Themes of the Book of Galatians

How we started to read the Bible as a family

Names of Jesus: Author and Finisher of our Faith