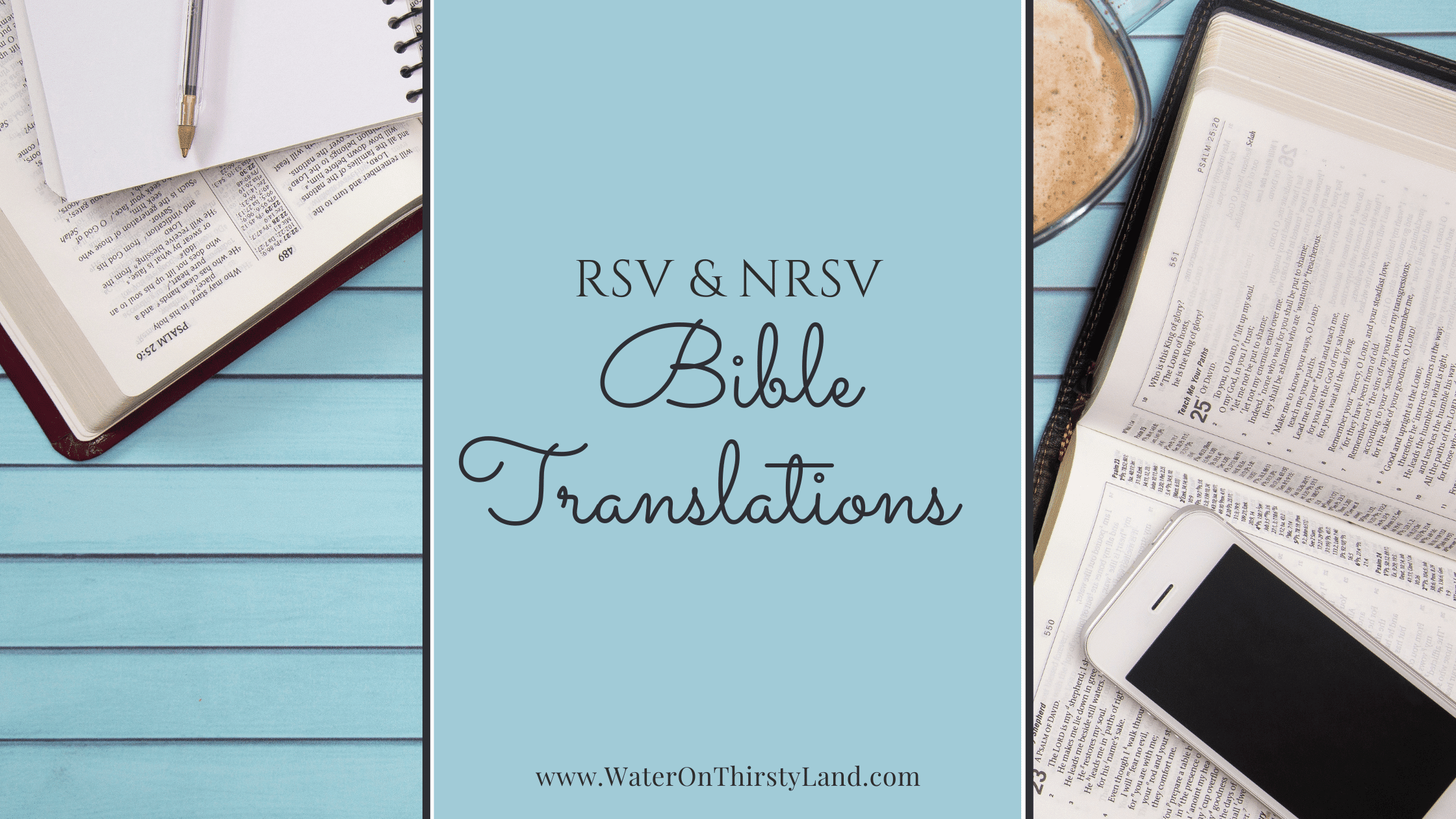 What is the Revised Standard Version (RSV) Bible translation?

Both the RSV and NRSV Bible translations are Word-for-Word translations. The Revised Standard Version (RSV) was published in 1952 as an authorized revision of ASV, which as we learned in a previous study was a revision of the KJV translation. One of the pivotal focuses of RSV is that the translators wanted it to be a copy of God’s word that was truly appropriate for everyone in personal use, worship, study, and instruction.

It was developed to be an all-purpose translation for any type of use. They took the language of the KJV and, rather than updating it to a more modern language, they preserved the beautiful language and simplified it for a better everyday reader’s experience.

RSV happened to be the only English translation that included standard Protestant canon, as well as the “Apocryphal”, or “Deuterocanonical”, books that were traditionally used by Roman Catholic and Greek Orthodox churches. In 1989 a revised version, the NRSV, began. Both the RSV and NRSV were prepared by the National Council of Churches (NCC), an organization of 35 Protestant, Anglican, Orthodox, African-American, and other denominations.

What is the New Revised Standard Version (NRSV) Bible translation?

NRSV is widely used and recommended by Protestant and Catholic churches. It was made available in a standard edition that can be found with or without the Apocrypha, a Roman Catholic version that does include the “Apocryphal”, or “Deuterocanonical”, books in the Roman Catholic canonical order, and The Common Bible which is a combination of the Protestant, Catholic and Orthodox canons. NRSV is accepted and authorized by a large portion of Protestant, Catholic, and Greek Orthodox churches throughout the US and Canada.

The NRSV ended up updating some of the languages from KJV, such as Thee, Thou, wast, dost, and more. They replaced words whose meanings had drastically changed since the release of RSV in order to improve the accuracy and continue to preserve the original meanings. Improvements were also made in areas where gender was specified in the original texts and had been inconsistent in RSV.

While this translation and its revisions are highly esteemed by Catholic, Orthodox, and Protestant believers it is condemned by many others, such as C. P. Lincoln, A.M., Th.D., who feels it is filled with the translating scholars’ own personal points of view as well as some heretical views. There is an additional claim that NCC, the translating foundation, and publishers of RSV and NRSV were found to be unbiblical.

In his article “A Critique of the Revised Standard Version”, C. P. Lincoln, A.M., Th.D. states that some, but not necessarily all, of the translators of RSV “depart from the true doctrine” in areas such as denial of the divine inspiration of the original scriptures, of the virgin birth of Jesus, of Jesus as Deity, of many historical events throughout Scripture, a contradiction of the Trinity, questioning the character and authenticity of OT prophecies, Psalms, and the Gospel of John, and much more. Some may say this does not mean these scholars could not have produced an unbiased translation, but some also claim RSV and NRSV as unreliable and inaccurate translations.

Should I use the RSV or NRSV translations?

RSV and NRSV seem to be the most controversial Word-for-Word translations of Scripture. Depending on where you stand it may be put aside as inaccurate, or it may be what you rely on. There is a lot more information to be discovered about these translations in order to make the best decision for you.

How do we worship God through sacrifice?

This is not our home