Main Themes of the Book of Jude 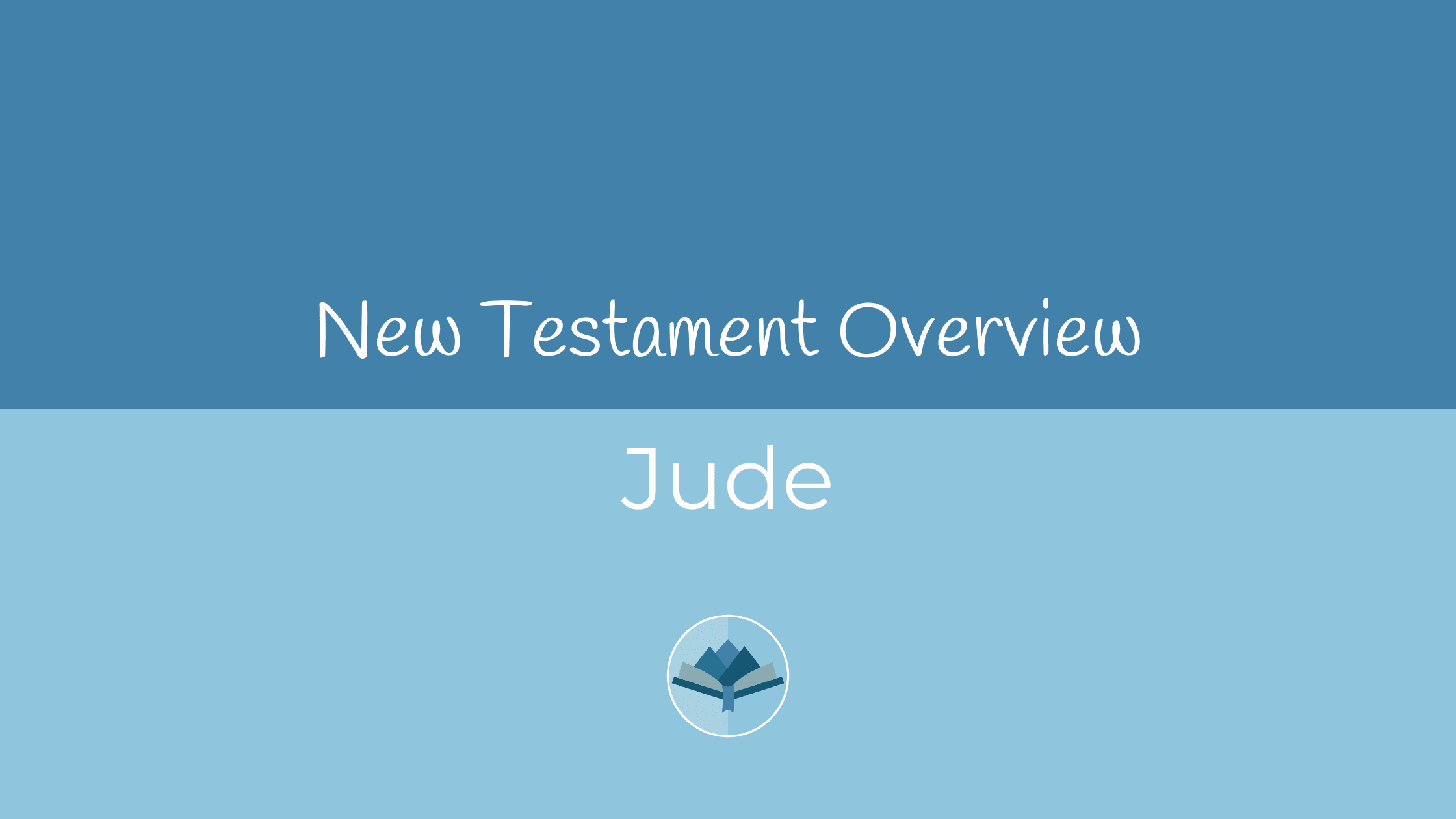 Who wrote the Book of Jude and who did they write it for?

The author of Jude identifies himself as the brother of James and a servant of Jesus which, along with other biblical evidence, indicates that Jude is the half-brother of Jesus (also called Judas). He likely wrote his epistle to Jewish converts who were scattered across Asia Minor.

When did the events of Book of Jude happen?

It is uncertain whether 2 Peter or Jude came first, which adds some confusion to the timing of the book of Jude’s writing. Regardless, it was Likely written between 60-68 AD, and before Jerusalem fell in 70 AD.

What was the setting of the Book of Jude?

It is unknown where Jude was when writing this epistle, but it is believed to have been written to Jewish Christians across Asia Minor who were dealing with false teachers in their midst who taught that God’s grace gave permission to live ungodly lives and gratify the flesh.

What is the purpose of the Book of Jude?

How does the Book of Jude apply to my life?

The Epistle of Jude is an extremely short 24 verse letter where words are not minced. There are six Judes named in the New Testament, but based on how Jude identifies himself as well as several other pieces of biblical evidence it is strongly believed that this Jude is the half-brother of Jesus and brother of James.

There is some speculation about the similarities between 2 Peter and Jude, and it is unknown which book came first. It is believed that one borrowed some of the content from the other, but we can see from both books that there are powerful and similar messages for all believers of Jesus Christ. Jude is a relevant exhortation for all generations of believers.

Jude makes it clear that his intent was to write to discuss salvation but that he had heard some disturbing news about false teachers in their midst. He felt the need to address this and did so forcefully. To nonbelievers, the book of Jude likely feels like a personal attack because of the warnings he reminds readers of, but for the true followers of Jesus Christ, this small book holds much wisdom and encouragement.

This short 24 verse book can certainly help any believer spot some of the characteristics, teachings, and methods of false teachers and provide instructions for what to do when faced with one. It stands out that Jude does not call for rebuke, but actually exhorts believers to remain faithful to the true teachings of the Lord and holy living. This is his primary goal throughout this letter, to encourage fellow believers in faith and to continue to trust in the Lord Jesus Christ.

What Psalm 51:10 teaches about renewal

Names of Jesus: Son of the Most High