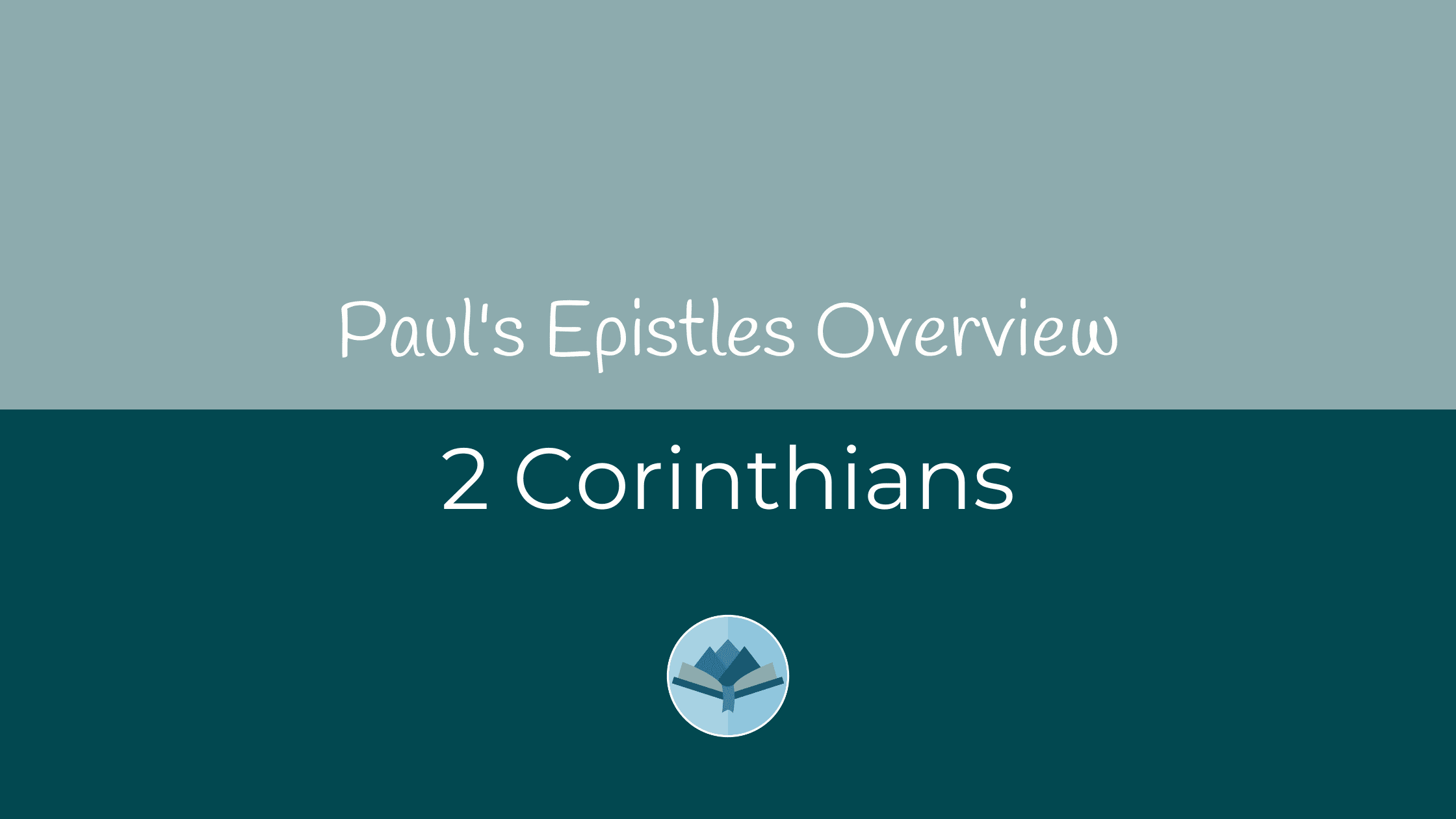 Who wrote the Book of 2 Corinthians and who did they write it to?

The book 2 Corinthians is a letter from the Apostle Paul to the church in Corinth.

When did the events of the Book of 2 Corinthians happen?

Paul wrote this letter in approximately the Fall of 56 AD, only a few months after writing 1 Corinthians.

What is the setting of the Book of 2 Corinthians?

What is the purpose of the Book of 2 Corinthians?

How does the Book of 2 Corinthians apply to my life?

His third letter, 2 Corinthians, was sent in response to Titus’ update and to prepare the Corinthians for Paul’s third visit to the church. He begins his letter in love and abruptly changes tone to an uncomfortable and harsh rebuke stressing the intention was to win their affection and devotion for Christ. He spends much of the letter defending his conduct, teaching correct motives for following Christ, stressing his example as a faithful servant, reminding about obedience to Christ, and driving home the importance of selfless giving and generosity.

Grab the pack of printables for the Epistles of Paul Overviews or grab the single overview for 2 Corinthians!

Names of Jesus: Light of the World

How do we worship God through sacrifice?