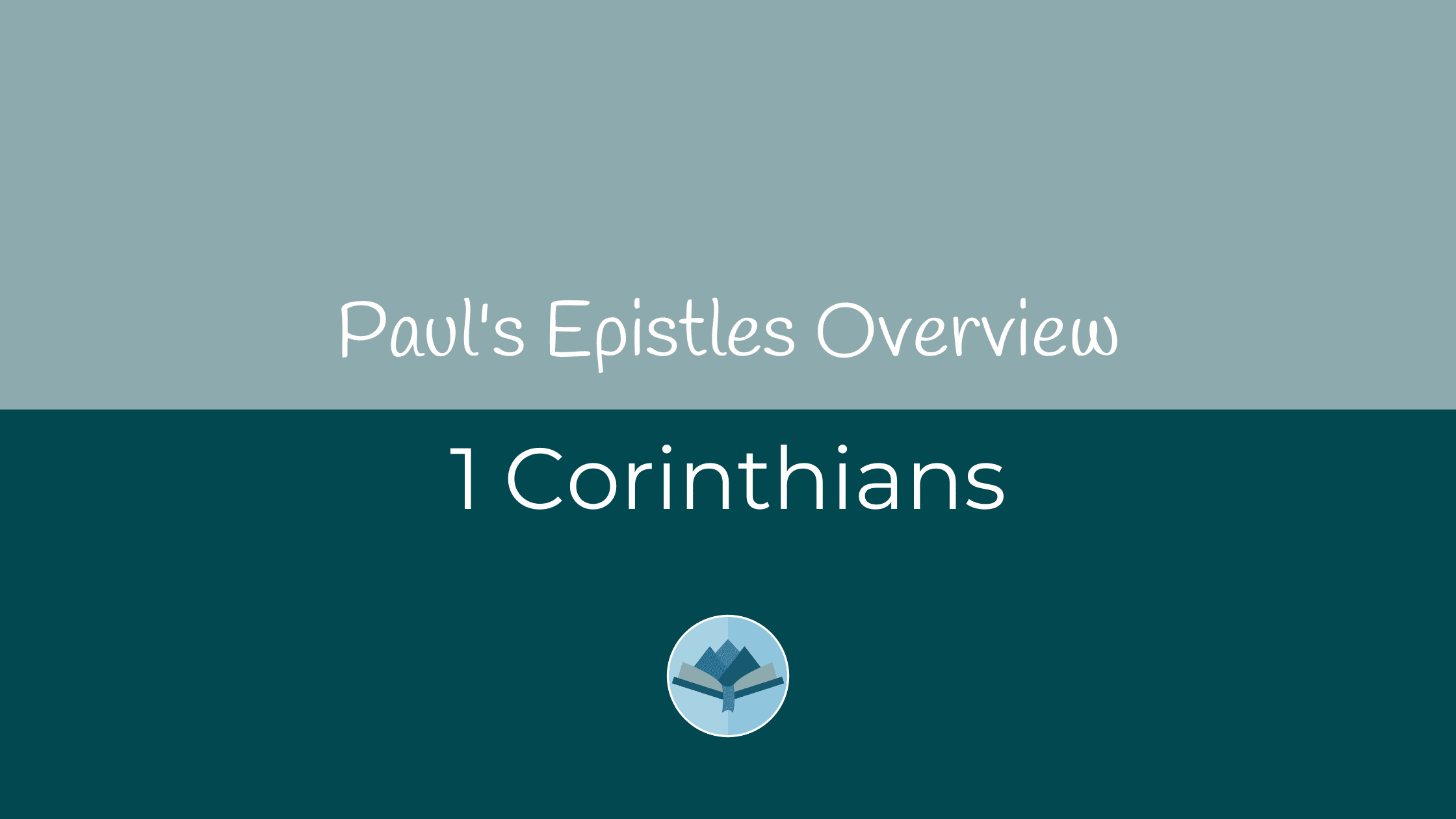 Who wrote the 1 Corinthians and who did they write it to?

1 Corinthians is a letter written by the Apostle Paul to the church in Corinth.

When did the events of 1 Corinthians happen?

Where was the setting of 1 Corinthians?

Paul wrote this letter to the Corinthian church while in Ephesus. The Corinth church had been established by Paul in about 52 AD. Corinth was an important trade and commerce hub located in ancient Greece, and had a diverse population well known for idolatry and sexual immorality.

What was the purpose of 1 Corinthians?

How does 1 Corinthians apply to my life?

First Corinthians is a letter from the Apostle Paul to the Corinthian church. Corinth was a commerce hub between Italy and Asia and had many diverse travelers. Corinth had been ransacked in 146 B.C. by the Romans, rebuilt by Julius Caesar in 46 B.C. The city had been host to the renowned Isthmian Games which were second only to the Olympic Games.

The Corinthians worshiped Aphrodite, the goddess of love and beauty. They even created plays that highlighted drunkenness and immorality. Their immorality was so well known that Aristophanes made popular the Greek term korinthiazomai which was a synonym for sexual immorality and means “to act like a Corinthian”.

Paul had left the Corinthian church under the leadership of Priscilla and Aquila in A.D. 53 and likely wrote this letter around A.D. 56. Paul had heard of some disturbing conduct by the Corinth Church, as well as some questions that he sought to answer and provide instruction for. Because of the drastic immorality within the church, Paul’s letter is extremely confrontational, yet filled with vital instructions and hope for all believers.

Paul opens 1 Corinthians with a reminder that Jesus Christ Himself appointed Paul to be His apostle. He also sets the tone for the constant warning that the people should prioritize the will of God versus human wisdom and refrain from living corrupt and sinful lives that defile them and cause others to stumble in their faith.

Why did Paul write 1 Corinthians?

Written as a response to the Corinthian immorality seeping into the Church of Corinth, Paul addressed many heavy topics of concern that are still rampant in today’s culture. Christians in this century can benefit from relevant wisdom and warnings throughout 1 Corinthians.

Throughout 1 Corinthians each warning reflects back to the main focus of God being our provider and sustainer. It also stresses that God’s will and Word are where our wisdom and instruction are found in all circumstances. All that we have is a gift from God. God is worthy of our humble, faithful obedience and worship in love.

Additionally, Paul encourages the Corinthians constantly in how they, as well as future generations of Christians, are to come alongside fellow believers. We can also learn how to be in relationship with nonbelievers and find a wealth of guidance in how to rightly fellowship throughout 1 Corinthians. This wisdom is just as relevant and vital now as it was when Paul wrote it.

Paul doesn’t mince words, and this letter can be either incredibly offensive or incredibly humbling. Either way, it should certainly be taken to heart by all and each warning should be seen as incredibly relevant to each and every one of us alive yesterday, today, and tomorrow.

Grab the pack of printables for the Epistles of Paul Overviews or grab the single overview for 1 Corinthians!

Transform how you read the Bible with Eternity Now

Main Themes of the Books of 1 and 2 Kings

Main Themes of the Books of 1 and 2 Thessalonians