Main Themes of the Books of 1 and 2 Samuel 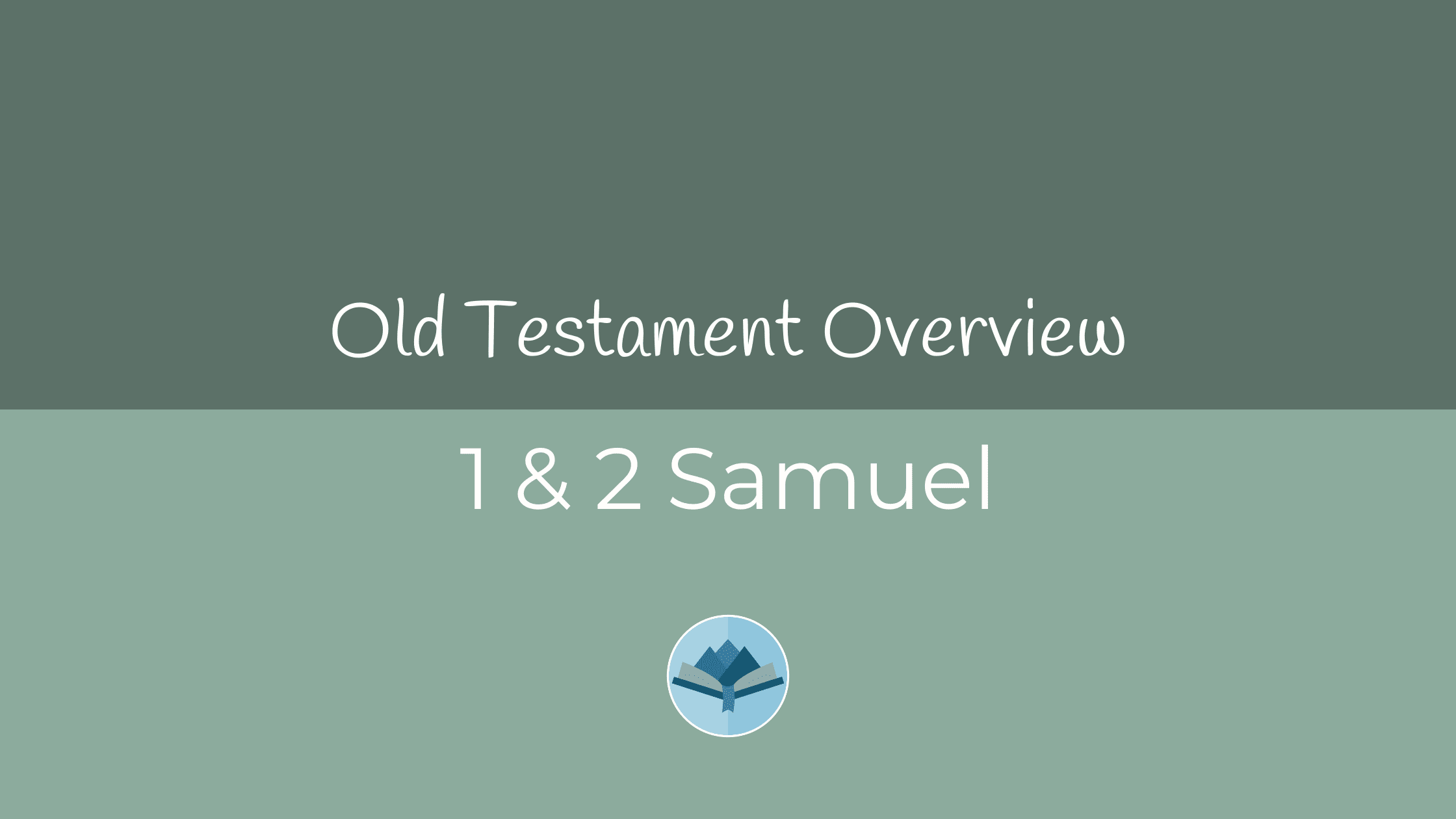 Who wrote the Books of 1 and 2 Samuel and who did they write them for?

Samuel was dedicated to the Lord as a newborn by his mother Hannah and then grew up in the service of the Lord. It is believed that he wrote 1 Samuel 1-24 and that Nathan and Gad wrote the remainder of 1 Samuel 25-31 and all of 2 Samuel. Both 1 and 2 Samuel were written as a factual record for the Hebrew people.

When did the events of Books of 1 and 2 Samuel happen?

The events of the books of 1 and 2 Samuel happened after the time of the Judges, and cover the beginning of the history of the Hebrew monarchy in Israel. These events likely happened between about 1105-970 BC.

What was the setting of the Books of 1 and 2 Samuel?

What is the purpose of the Books of 1 and 2 Samuel?

How does the Books of 1 and 2 Samuel apply to my life?

Originally one book, 1 Samuel and 2 Samuel carry on the story of the Hebrew people after the time of the Judges, recording the beginning of the Hebrew monarchy. The people demanded to have a king, a monarchy, over the theocracy they knew. They chose Saul as their king.

Samuel began the records found in 1 Samuel 1-24, and from 1 Samuel 25-31 through the end of 2 Samuel Nathan and Gad took over the records. When Samuel was born his mother dedicated him to the Lord and put him in the Lord’s service. He was used by God to guide God’s people in this time of great need for spiritual leadership.

Throughout the book of 1 Samuel we learn about the reign of Saul and the anointing of David. In 2 Samuel we learn about the reign of David, through the end of his reign, and the preparation for the reign of his son, Solomon. Throughout these important historical accounts, we see incredible examples of both good and bad leadership, the faithfulness of God and defiance of His people, and the difficulties of temptation, sin, and of following God’s commands. We also find great encouragement in God’s love for His people, even when we sin and disobey Him.

How do you pray scripture?

Names of Jesus: Image of the Invisible God

Names of Jesus: I Am