Main Themes of the Books of 1 and 2 Thessalonians 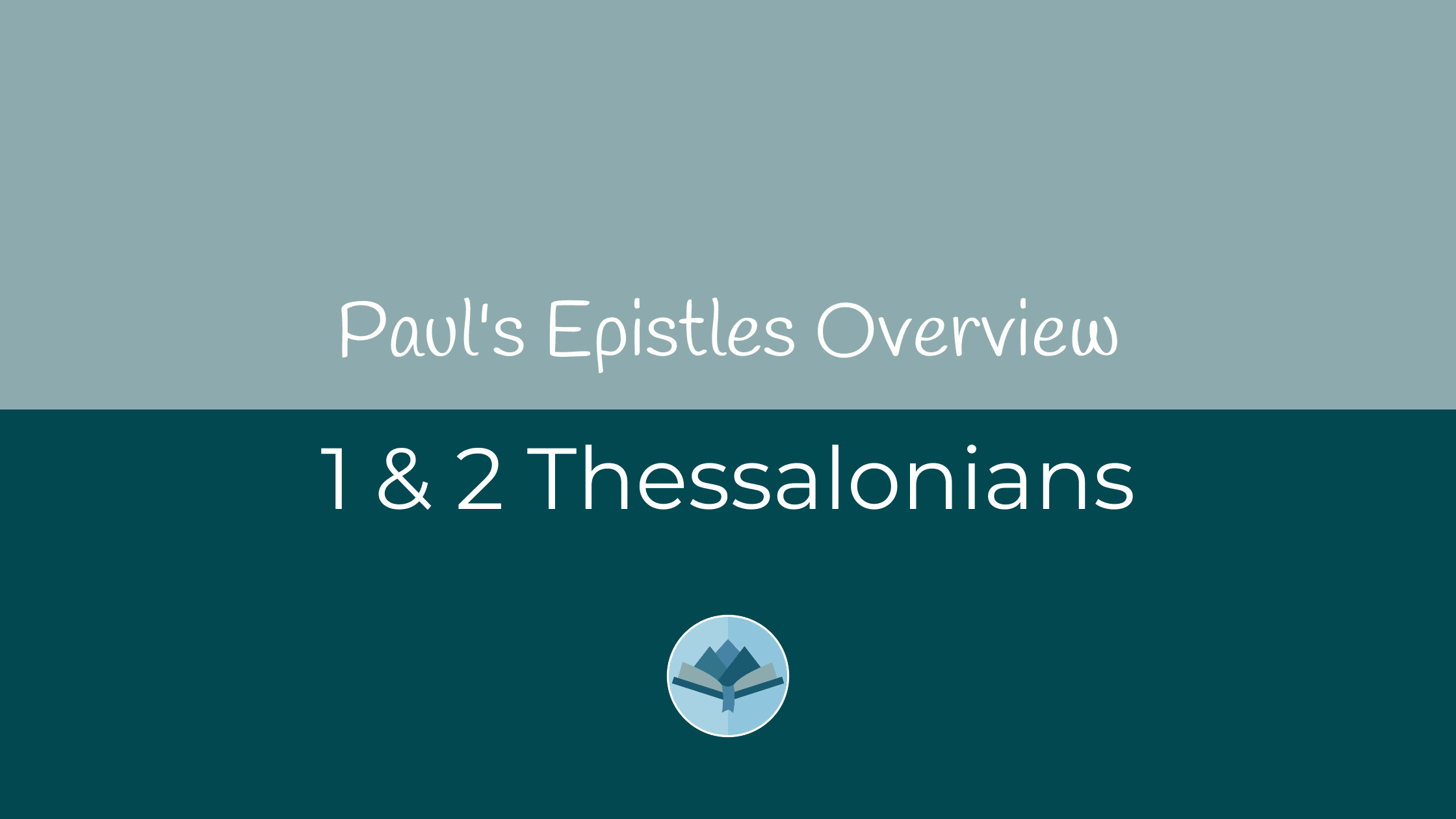 Who wrote the Books of 1and 2 Thessalonians and who did they write it for?

The Apostle Paul wrote the books of 1 and 2 Thessalonians, which were letters to the church of Thessalonica.

When did the events of the Books of 1 and 2 Thessalonians happen?

What is the setting of the Books of 1 and 2 Thessalonians?

What is the purpose of the Books of 1 and 2 Thessalonians?

How does the Book of 1 and 2 Thessalonians apply to my life?

1 and 2 Thessalonians are letters from the Apostle Paul to the church of Thessalonica. Thessalonica was a capital of the Roman province of Macedonia with a population of over 100,000. It had a harbor and was located on busy trade routes as well as the busy Egnatian Way. It was a free city, flourishing in trade and philosophy, that was governed by politarchs (Acts 17:6-8). The city was religiously committed to Greco-Roman pantheons, Egyptian cults, and imperial cults. There was also a large Jewish population.

Paul, Timothy, and Silas had previously preached in the Thessalonian synagogue and converted many of the Jews and pagans to Christianity. This led to Paul being charged with sedition against Caesar and being forced out of the city. He sent Timothy back to Thessalonica to check on the new believers because he was concerned about having left them so prematurely.

Timothy returned to Paul from Thessalonica with questions from the Thessalonian church. 1 Thessalonians is the first letter Paul wrote to the church of Thessalonica to patiently answer their many questions as a new church. Paul’s goal was to encourage them to continue being faithful and obedient to Christ, even in times of trouble and persecution.

Paul opens his letter addressing the church of Thessalonica as a body of believers, versus as individuals. He begins by expressing the main concepts of faith in Christ. Throughout the letter, Paul focuses on reinforcing the basic gospel message and gives them, and future generations of believers, intimate instructions for their faith and practical applications for spiritual truth as new believers.

Paul also affirms that while new believers can obtain lots of practical guidance in their faith, mature believers can also learn how to mentor newer believers. He encourages all Christians to constantly be growing in relationship with God and to continue to become more like Christ.

1 Thessalonians teaches the imminent return of Christ, while 2 Thessalonians explains events that will happen before Christ returns. A common theme in both letters is to educate and encourage believers of the hope found in the Second Coming of Christ. This message continues to encourage Christians today that the Second Coming of Christ and the Day of the Lord draw nearer every day.

The reputation of the Thessalonians as faithful in times of persecution had been spreading, and Paul expressed his pleasure and gratitude for their growing faith. Paul closes his second letter to Thessalonica with encouragement in how these and future new believers can honor and glorify God in daily living in order to continue to become more like Christ.

How 1 and 2 Thessalonians encourage new believers

New believers are encouraged to be constantly praying for others, that they may be used by God to spread His love, mercy, truth, and goodness far and wide, and that we likewise are used in this way. We should be unified in faith, encouraging one another, edifying each other in the Word of God, and setting a Christ-like example to those around us, both believers and nonbelievers. We should pray for those who persecute us, that even they be used in the will and purpose of God’s great plan, to be used for His honor and glory.

The Apostle Paul’s letters to the Thessalonians are packed full of wisdom for new believers, but also great encouragement and reminders for mature believers in coming alongside newer Christians, and bold guidance in how a Christian should conduct their life with Jesus. He reminds the people to stand together and be unafraid and unashamed of the persecution Christians face. We should be encouraged in the same manner today.

Grab the pack of printables for the Epistles of Paul Overviews or grab the single overview for 1 and 2 Thessalonians!

What Psalm 51:10 teaches about renewal

Women of the Word: Godly Woman

Names of Jesus: Light of the World

Main Themes of the Book of Psalms