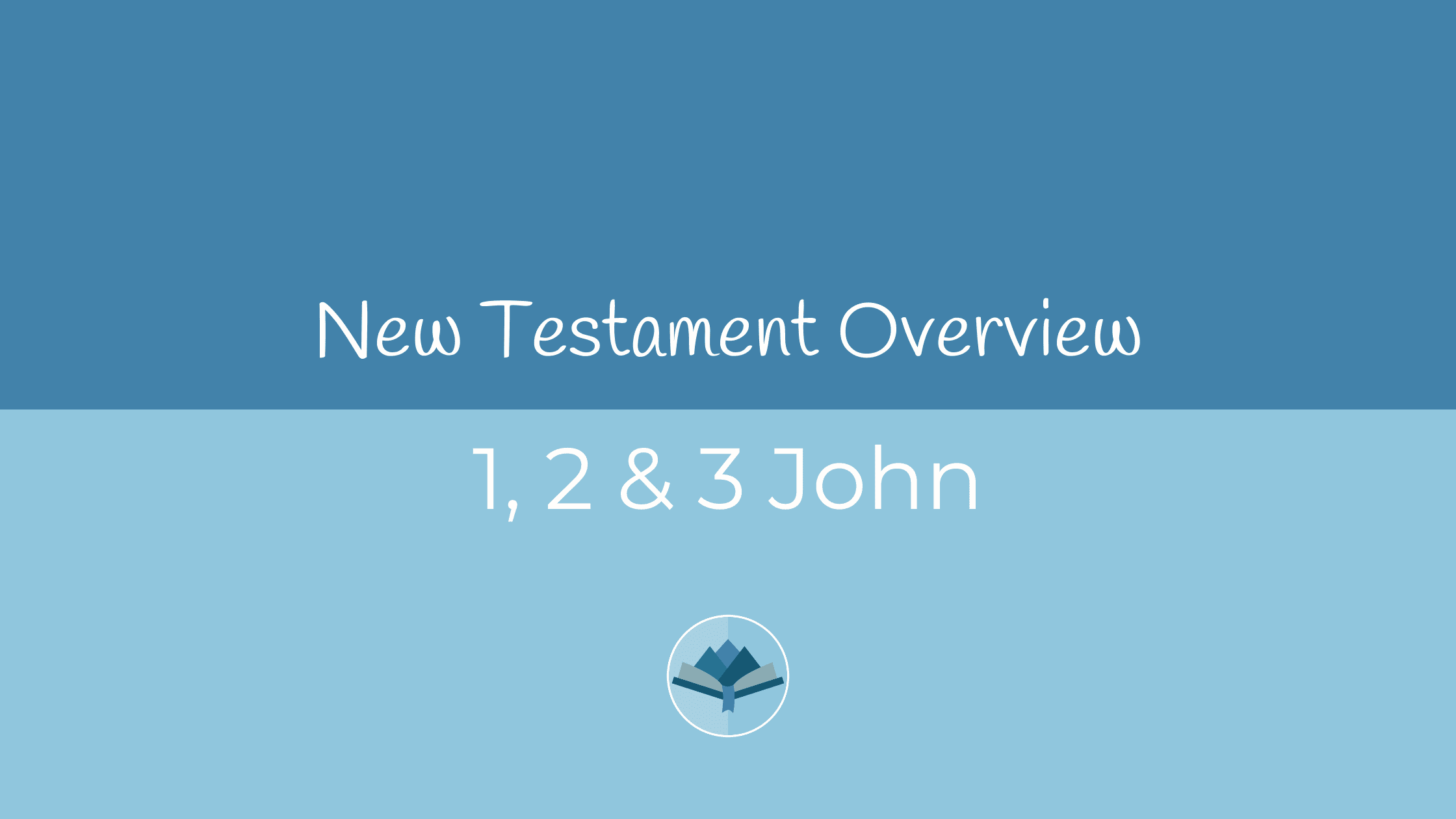 The Apostle John, son of Zebedee, is believed to have written the epistles of 1, 2, and 3 John. 1 and 2 John were likely written to churches in Asia Minor (modern-day Turkey), while 3 John was written to a man named Gaius who is also thought to have been in an Asia Minor church.

Each letter addresses a common theme. There were false and heretical teachings springing up in many churches and these letters serve to correct and identify them as well as to encourage believers in the truth.

First John was written to a church that had members who believed that Jesus, who died on the cross for our salvation, was not the same divine Jesus, Son of God. They also believed that all things physical were evil while only spiritual things were good, that they were morally perfect, and that they had a divine understanding of God, however, their behavior was not godly.

Second John is addressed to a church with a similar issue but warns believers not to let false teachers into their homes. Third John was written to Gaius to encourage him in the truth of the gospel.

The Apostle John wrote all three of the epistles of 1, 2, and 3 John. Each letter was written to a specific person or group of people to address specific issues each was facing at the time. John wrote the Gospel of John, all three of these letters, as well as the book of Revelation.

These letters were most likely written while John was in Ephesus, toward the end of his life. He wrote First John to a church in Asia Minor that was dealing with some downright heretical teachings. Some of the church members believed themselves to have divine knowledge of God and that they were themselves morally perfect, yet their lives seem to have displayed otherwise. They rejected that Jesus was fully divine and fully man, and they also lived sinful lives, as we see explained within the letter of First John.

John writes to encourage the church to stand firm in the truth they have learned and believed and to not let these heretical teachings sway them. One of the key points of this letter is that your life should be evidence of a true relationship with God and faith in Jesus. Correct beliefs are necessary for godly living.

This letter can certainly likewise serve as a reminder and encouragement for us today that it is important to hold firm to the truth of the Gospel of Jesus and not let false teachings sway us from this truth. This is not new to our generation, but has been and will continue to be experienced by every generation of believers.

Second John was somewhat similar in nature, as John wrote to another group of people to extend the warning not to invite false teachers or those who hold to heretical beliefs into their homes. Again, a word of caution we need today as well.

Third John was a more personal letter written to a man named Gaius who John encouraged with the need for hospitality. This letter is short and sweet but serves to remind us of the importance of hospitality in the life of every Christian.

Grab the printable for the books of 1, 2 and 3 John Overview study!

Main Themes of the Book of Isaiah

80 gift ideas for the Christians in your life