What is the source of humility? 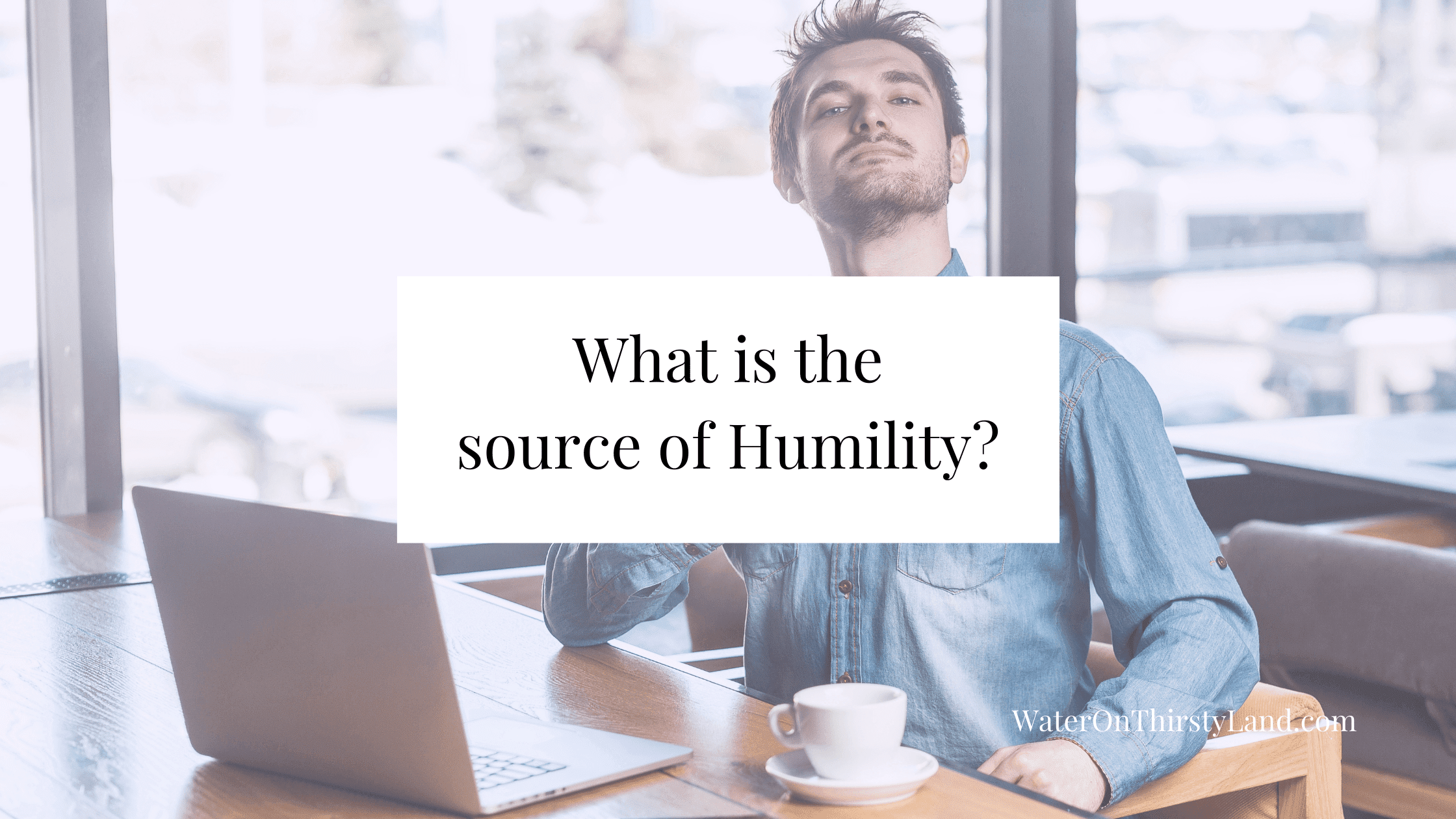 Pride is a dangerous thing, and certainly something no one wants to admit to. Knowing that pride began with Satan and influenced people all the way back in the Garden of Eden tells us that pride is a tactic Satan is going to keep planting and using for his purposes. Humility is the opposite of pride. It is important to understand and know where it comes from as well in order to better identify pride, defeat it, warn against it and keep your heart clean of it. So, what is the source of humility and how can we identify it against the sin of pride?

12 Since God chose you to be the holy people he loves, you must clothe yourselves with tenderhearted mercy, kindness, humility, gentleness, and patience.

God opposes pride. Scripture tells us that pride will bring destruction and will be broken down. If we choose to let pride grow in our hearts, fail to repent of it, and humble ourselves, we see examples from cover to cover that God will humble us Himself. How do we know, though, when we are in need of humbling? How do we know when God is warning us against pride?

5 In the same way, you who are younger must accept the authority of the elders. And all of you, dress yourselves in humility as you relate to one another, for

“God opposes the proud
but gives grace to the humble.”[a]

A great example in scripture can be found in Daniel. God had given Judah over to King Nebuchadnezzar, who took some young men captive to serve in his household. Among them were Daniel (renamed Belteshazzar), Mishael (renamed Meshach), Hananiah (renamed Shadrach), and Azariah (renamed Abed-Nego). They were sent into the care of the eunuchs. From there, they were in the epicenter of the gluttonous court of King Nebuchadnezzar.

In the second year of King Nebuchadnezzar’s reign, he had a dream that none of his astrologers, sorcerers, or Chaldeans could interpret. The king became so distraught over the dream he threatened death if they could not interpret the dream for him. Still, they could not, so he began killing them.

Daniel discovered this, asked the king if he could be given a chance to interpret, had his companions pray to God with him for wisdom, and God granted him the interpretation in a night vision. He immediately praised God for this wisdom, then went to tell the king of this revelation. In Daniel boldly and humbly approaching the king with the wisdom granted him by God, the King recognized God as the “God of gods”.

But later, King Nebuchadnezzar made a golden image and commanded all the people to worship it, and commanded that those who failed to worship the idol would be cast into the fiery furnace. Daniel and his companions refused to worship the idol and only worship God Himself. They told the king that they knew God would deliver them if they were cast into the fiery furnace. The King in his pride was enraged, cast them into the fire, and watched as God kept His promise, and saved the humble men in the fire.

Again, King Nebuchadnezzar was astounded by what God had done and praised God. But unfortunately again, the King continued in his pride, and God gave him another dream which Daniel then interpreted. He told the king what God revealed to him, that the king would be cast down to live like a wild animal until he acknowledges that God is the Ruler of all men and that all power and provisions are from God alone.

Why do we need to be humbled?

When pride comes, then comes shame;

But with the humble is wisdom.

By pride comes nothing but strife,

But with the well-advised is wisdom.

Pride goes before destruction,
And a haughty spirit before [a]a fall.

For You will save the humble people,

But will bring down haughty looks.

A man’s pride will bring him low,

But the humble in spirit will retain honor.

What is the source of humility?

The sin of pride is a powerful tool the enemy uses and tricks us into believing we are greater than, know better than, can do better than God. Pride says “my way is best”, and humility says “God’s way is best”.

7 “So you, son of man: I have made you a watchman for the house of Israel; therefore you shall hear a word from My mouth and warn them for Me. 8 When I say to the wicked, ‘O wicked man, you shall surely die!’ and you do not speak to warn the wicked from his way, that wicked man shall die in his iniquity; but his blood I will require at your hand. 9 Nevertheless if you warn the wicked to turn from his way, and he does not turn from his way, he shall die in his iniquity; but you have [a]delivered your soul.

Humility comes from God, and to humble ourselves is to be in submission to our Holy God, recognizing His power and authority. The point is to bring us to repentance.

Even at the threat of death, while the king was murdering those who didn’t do as he commanded, Daniel stood up, stood out, and set himself apart for the Lord in faithful humility. He warned the king, the king made his choices, but Daniel was blameless and God protected him. The king was prideful and God cast him out in order to bring him to repentance. God absolutely expects the same of us, and will fulfill His promises in our lives as well.

Who are you most resembling in your life right now?

Take a look at this story of Daniel and King Nebuchadnezzar again and ask yourself the following questions:

Do you stand firm in the promises of God, even at great threat of danger, or do you seek to please the appeals and demands of people to avoid conflict or discomfort?

But Peter and the apostles answered, “We must obey God rather than men.

Do you praise God in all circumstances, giving Him the glory, credit and honor, or do you take the credit for yourself, and praise yourself and things of the world instead?

Ascribe to the Lord the glory due his name;
bring an offering and come before him!
Worship the Lord in the splendor of holiness;[a]

Do you worship God alone, or does something or someone else capture your heart and affections instead?

Put to death therefore what is earthly in you:[a] sexual immorality, impurity, passion, evil desire, and covetousness, which is idolatry.

Do you trust that God knows best even when we only see a piece of the situation, disagree or don’t understand, or do you seek to control situations and rest on your own understandings instead?

Trust in the Lord with all your heart,
And lean not on your own understanding;

Trust God, humble yourself before Him, accept His correction, and obey His instruction. Pride comes before destruction, but God will bless the humble. Set the example for others around you, and encourage others in humility. Don’t fall into the trap of pride and remain there, but if you fall in know that you can trust God to also fulfill His promise to forgive, redeem, and restore you.

Is pride a habit you need to kick?

I encourage you to pray wholeheartedly for God to reveal any unchecked pride in you, to clean your heart, restore you, and redirect your eyes in humility to God Almighty, our Mighty Promise Keeper.

Main Themes of the Book of Numbers

Names of Jesus: One Who Sets Free

What is the source of pride?

Why does Jesus say to hate your family?