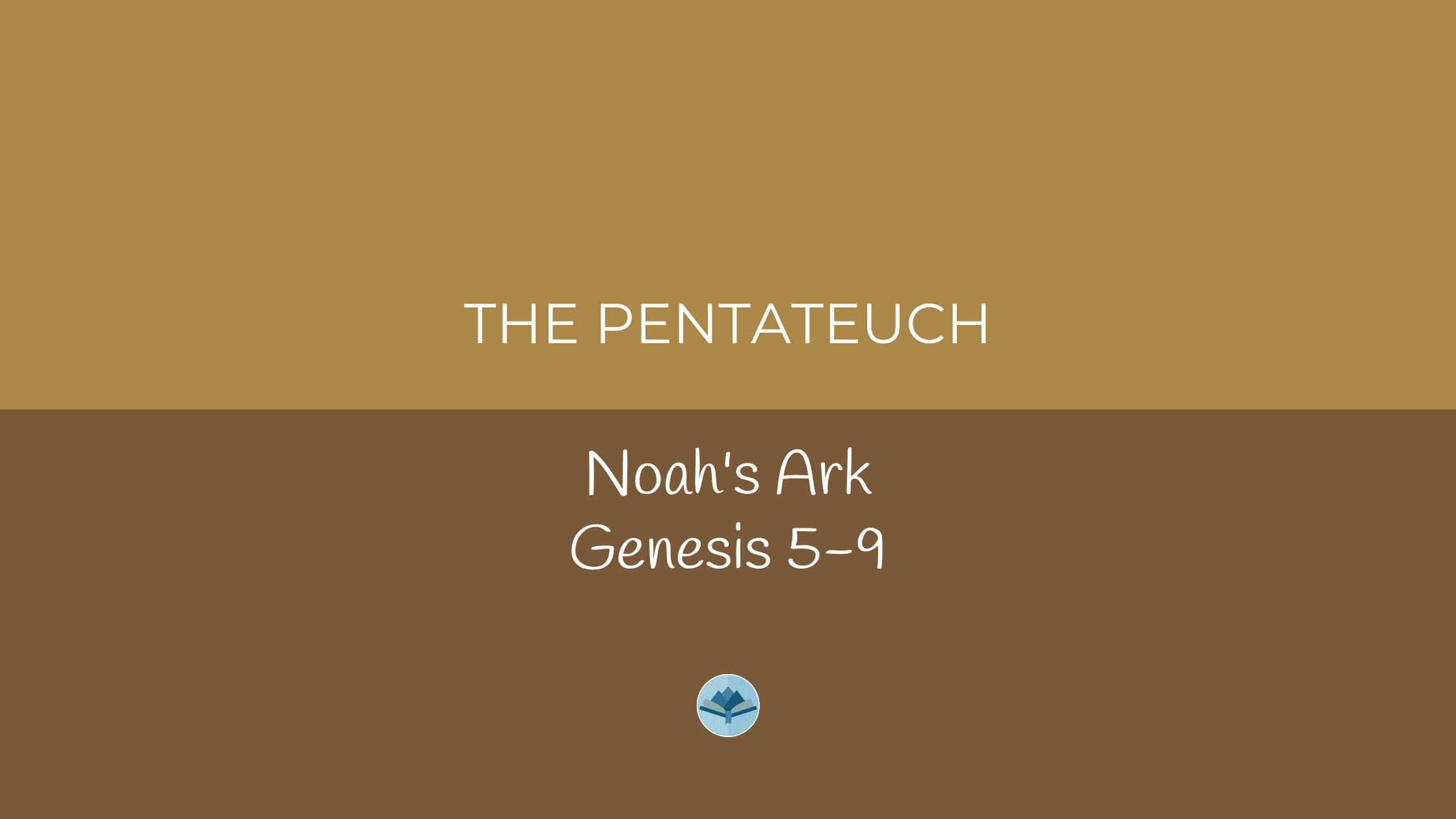 From creation to the birth of Noah, 1,056 years had passed. Noah is a direct descendant of Adam and Eve’s son, Seth, whom God gave them in place of Abel, the son killed by their other son, Cain. Adam was 130 years old when he and Eve had Seth. Seth had Enosh when he was 105, Enosh had Kenan at 90, Kenan had Mahalalel at 70, Mehalalel had Jared at 65, Jared had Enoch at 162, Enoch had Methuselah at 187, Methuselah had Lemech at 187, and Lamech had Noah at 182.

All but Lamech died in their old age, whereas Enoch was a man who walked with God until he was no longer on earth because God took him. This “took” (H3947 – lāqaḥ) is to be taken away, taken from, or carried away. So Enoch did not die an earthly death as we know it, but was taken up and away by the Lord. This is the same word the prophets of Bethel used to tell Elisha that the Lord would take Elijah away.

24 Enoch walked with God; then he was not there because God took him.

3 Then the sons of the prophets who were at Bethel came out to Elisha and said, “Do you know that the Lord will take your master away from you today?”

God’s Judgment of the Ungodly

In the lifetime of Noah, whose name means “bring us relief” or “rest” (H5146 – nōaḥ), mankind was so sinful that God regretted making them. The word used for “regretted” is to be sorry, to grieve, to repent. God saw how wicked mankind had become and was so sorry to have made them He changed directions in His grief for their wickedness and told Noah His plans to wipe them all out, sparing only Noah’s family and 2 of every kind of animal.

6 the Lord regretted that he had made man on the earth, and he was deeply grieved.

The Nephilim giants are credited throughout history as a major source of this corruption of mankind. There are several interpretations for these “sons of God”, in these cases being associated with supernatural beings. The most likely is that these “sons of God” are fallen angels cast out with Satan who left their proper spiritual domain to intermingle with human women, thus procreating abominable offspring, the Nephilim giants.

4 The Nephilim[a] were on the earth both in those days and afterward, when the sons of God came to the daughters of mankind, who bore children to them. They were the powerful men of old, the famous men.

6 One day the sons of God came to present themselves before the Lord, and Satan[a] also came with them. 7 The Lord asked Satan, “Where have you come from?”

“From roaming through the earth,” Satan answered him, “and walking around on it.”

6 and the angels who did not keep their own position but abandoned their proper dwelling, he has kept in eternal chains in deep darkness for the judgment on the great day.

God’s solution to the problem of immense wickedness was to flood the entire earth so forcefully that it wiped out all “breath of life”. There was one man, though, who found favor with God. Noah was a righteous and blameless man who walked with God. He had found grace with God, and was acceptable to Him (H2580 – ḥēn). Because of this, God chose Noah to build what we not refer to as Noah’s Ark.

7 Then the Lord said, “I will wipe mankind, whom I created, off the face of the earth, together with the animals, creatures that crawl, and birds of the sky—for I regret that I made them.” 8 Noah, however, found favor with the Lord.

5 and if he didn’t spare the ancient world, but protected Noah, a preacher of righteousness, and seven others,[a] when he brought the flood on the world of the ungodly;

7 By faith Noah, after he was warned about what was not yet seen and motivated by godly fear, built an ark to deliver his family. By faith he condemned the world and became an heir of the righteousness that comes by faith.

God told Noah of His plans for the flood and gave Noah instructions for a great ark to be built. The ark would carry and protect Noah’s whole family of 8 people, pairs of every kind of animal, and all kinds of food for them to eat while on the ark.

14 “Make yourself an ark of gopher[a] wood. Make rooms in the ark, and cover it with pitch inside and outside. 15 This is how you are to make it: The ark will be 450 feet long, 75 feet wide, and 45 feet high.[b] 16 You are to make a roof,[c] finishing the sides of the ark to within eighteen inches[d] of the roof. You are to put a door in the side of the ark. Make it with lower, middle, and upper decks.

17 “Understand that I am bringing a flood—floodwaters on the earth to destroy every creature under heaven with the breath of life in it. Everything on earth will perish.

Imagine being in Noah’s position. You are the only man credited as righteous in a wicked and sinful world. Not only are you the only one acceptable to God, but you and your family are the only ones who are going to survive a flood that will wipe everyone and everything else out. He not only knew he would be rescued by God, but God gave Noah work to do to prepare. Noah had faith and did everything the Lord instructed him to do, while the rest of the world raged with sin and evil all around him.

Noah built this great ark to God’s specifications, and at the age of 600 he loaded his family on board, housed all the animals God sent to him, and sealed up ship before God opened the floodgates of the watery depths. The words here, “watery depths”, lead me back to Genesis 1:2. God created the whole earth from the watery depths which His Spirit had been hovering over before creation. The watery depths God had made the earth from had been unleashed so wildly that even the tallest of mountain peaks were completely covered. God brought forth the watery depths, and then He reigned them back in, revealing I am sure an incredibly transformed and soggy earth with a total of 8 human occupants.

11 In the six hundredth year of Noah’s life, in the second month, on the seventeenth day of the month, on that day all the sources of the vast watery depths burst open, the floodgates of the sky were opened,

Join the discussion on Discord!

Want to discuss this study and other Bible topics and questions with the community?

Noah, his family, and all the animals on board the ark were held within for a year while the waters flooded the earth and then receded once again, leaving the ark on the top of the mountains of Ararat. God told Noah to come out of the ark with his family and let the animals repopulate the earth. Noah built an altar and made a sacrifice to the Lord, and God made a covenant with Noah and all of his descendants.

20 Then Noah built an altar to the Lord. He took some of every kind of clean animal and every kind of clean bird and offered burnt offerings on the altar. 21 When the Lord smelled the pleasing aroma, he said to himself, “I will never again curse the ground because of human beings, even though the inclination of the human heart is evil from youth onward. And I will never again strike down every living thing as I have done.

God vowed to never again wipe out all life with floodwaters. He also put Noah and his family in charge of caring for the animals of the earth as He had done with Adam and Eve, and called on his family to repopulate the earth with new generations of people. God knew all the time the wicked inclinations of mankind, but the blood price had been paid for the sins of the world and it was time to start new once more.

God placed a rainbow in the sky as a sign of this covenant, and any time we see a rainbow even today it is a sign from God that He remembers His covenant and will never again wipe out all of creation as He did with the great flood. Noah went on to live to the age of 950 years old.