Main Themes of the Book of Esther 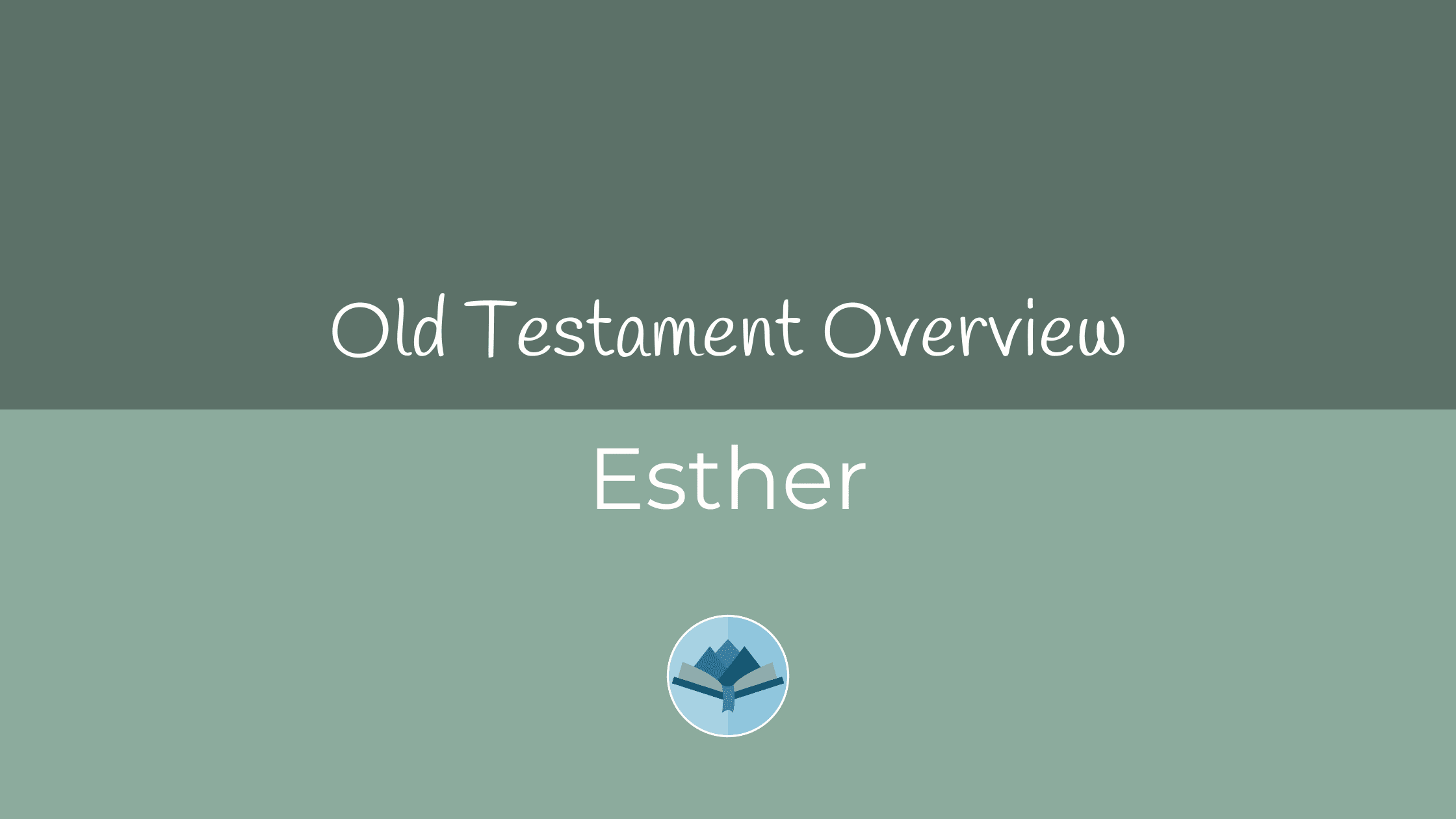 Who wrote the Book of Esther and who did they write it for?

Some attribute the authorship of Esther to Mordecai, but the author is unknown. Whomever wrote Esther was most likely Jewish and lived in Persia. It was written for the Jewish people, but is relevant to Christians as well.

When did the events of the Book of Esther happen?

While the events of Esther took place during the reign of Ahasuerus between 486-465BC, it is unknown when the book of Esther was written. It was likely written after the reign of King Ahasuerus, probably between about 456-300 BC.

What was the setting of the Book of Esther?

The Book of Esther is set about 50 years after the decree of Cyrus that announced that the exiled Jews could return to Jerusalem, and around 25 years before Ezra returned to Jerusalem. King Ahasuerus was on the throne with Susa, an important religious, political, and cultural center, as his capital city in Persia. The Persian empire was located from modern-day India to Turkey and Ethiopia, and the ruins of Susa are in Iran near the Iraq border.

What is the purpose of the Book of Esther?

How does the Book of Esther apply to my life?

The story of Esther is near and dear to many hearts, and is commonly referenced for its examples of a godly woman. This story of God using unlikely circumstances to deliver His people is an incredible display of His sovereignty and providence. He is always working for the good of those who love Him even when circumstances are difficult and seem impossible. The book of Esther itself interestingly doesn’t actually mention God at all, but His presence and influence is prominent throughout its entirety. It is a historical account proving again that the enemies of God will not prevail over His chosen people.

Haman, a descendant of the Amalekites who had been enemies of the Jewish people for a long time, sought to destroy God’s people using his influence with the king, hatred for the Jewish people, manipulation, and deception. God used Esther and Mordecai, two Jews who had earned the kings favor, to accomplish His plan to deliver His people from Haman’s schemes.

The book of Esther is a dramatic and beautiful story where much can be learned about God, His people, His calling for His people, and His sovereignty over all thing and all people. We learn a lot about history as well as our own relationships with the Lord throughout this powerful book.

Women of the Word: Faithful Women

Is the NASB Adventure Bible a good Bible for kids?

Names of Jesus: Head of the Church