Main Themes of the Book of Colossians 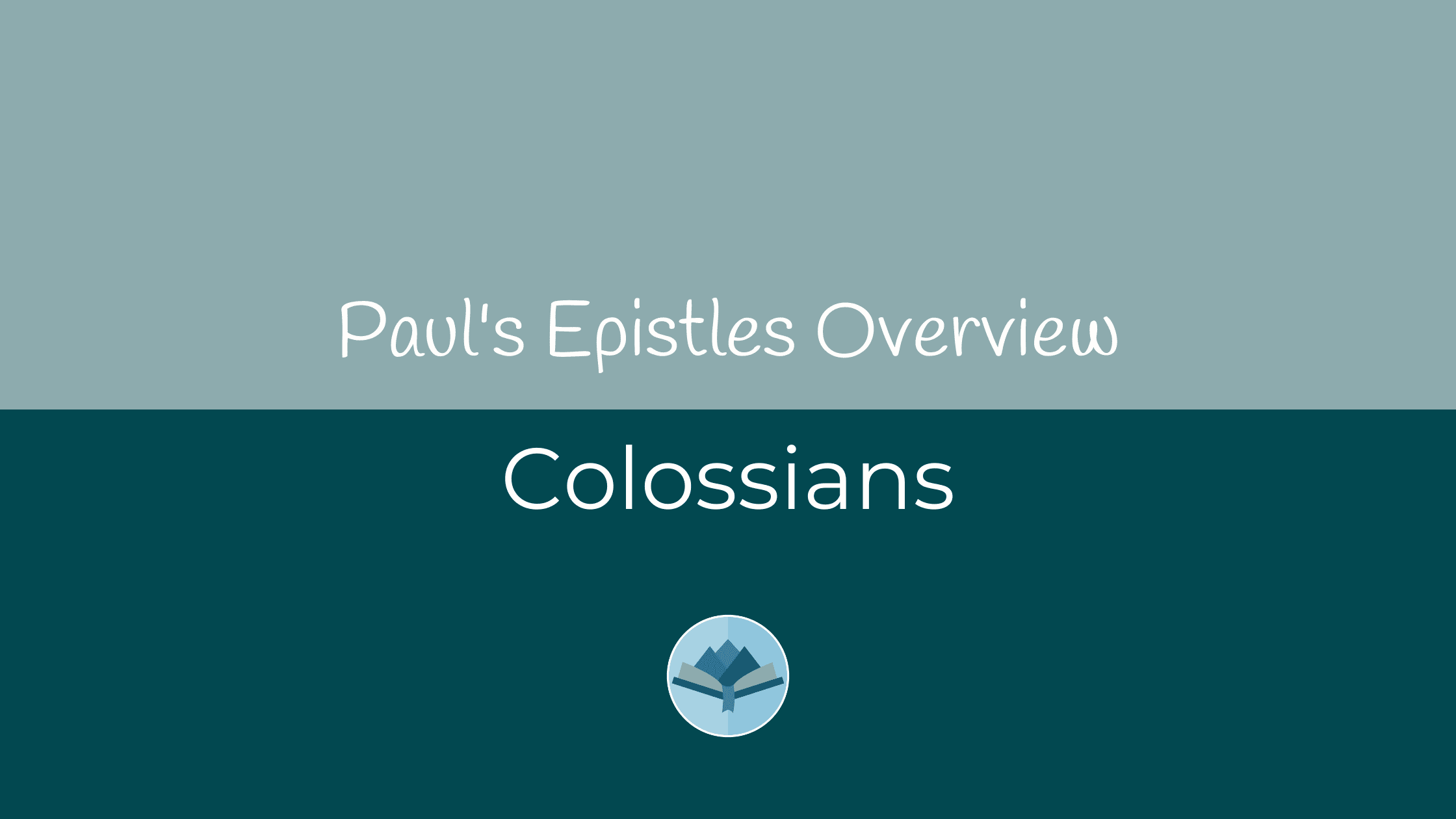 Who wrote the Book of Colossians and who did they write it for?

The book of Colossians is a letter from the Apostle Paul to the Colossian church.

When did the events in the Book of Colossians happen?

This letter was written while Paul was under house arrest in Rome around 60-63 AD, likely around the same time as the letter to Philemon.

What is the setting of the Book of Colossians?

Colossae was about 100 miles from Ephesus and was a predominantly Gentile church with some Jewish people. There were some false teachings infiltrating the church, one of which was heretical teachings about Jesus not being fully man and fully God, as well as legalism.

What is the purpose of the Books of Colossians?

How does the Book of Colossians apply to my life?

This letter from the Apostle Paul to the Colossian church was likely written in the same year as Philemon and Ephesians while he was under house arrest in Rome. He never visited Colossae’s predominantly Gentile church, but he wrote this letter to the new converts there to encourage them to persevere in the truth of the gospel and the supremacy of Jesus Christ.

There had been some heretical teachings that denied the supremacy and humanity of Christ, as well as other dangerous deviations from the true doctrine. This letter tackles these deviations and provides practical theology for Christian living and faith development.

Grab the pack of printables for the Epistles of Paul Overviews!

What John 16:33 teaches about renewal