Main Themes of the Book of Acts 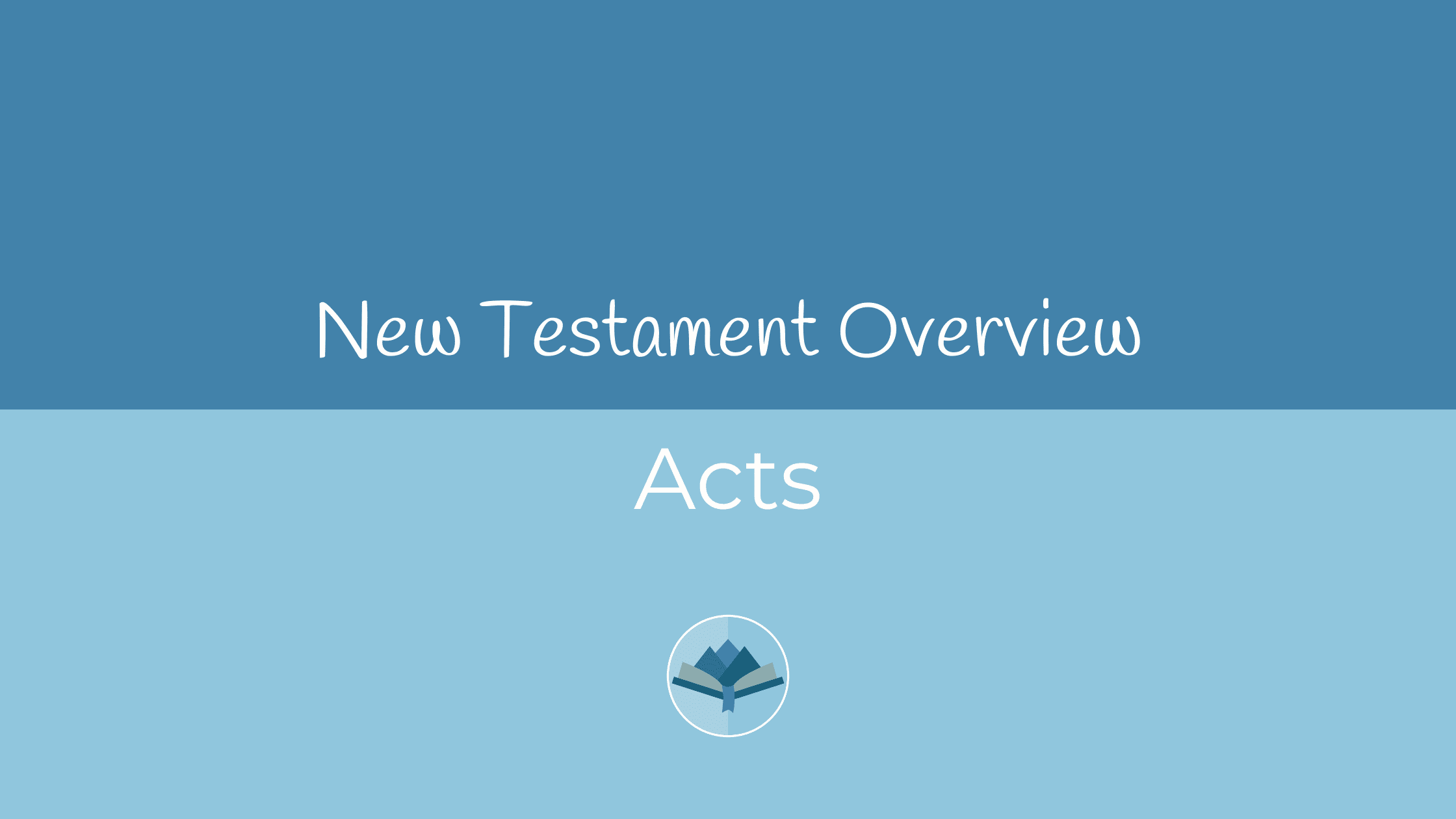 Who wrote the Book of Acts and who did they write it for?

The Apostle Luke, who was a dear friend and companion to the Apostle Paul as well as a physician, wrote the book of Acts as a companion to the Gospel of Luke. This book is addressed specifically to Theophilus, which means “lover of God”. Some believe Theophilus is not a specific person but a name given for all who love God. Regardless, the Book of Acts was definitely written to be read by many people.

When did the events of Book of Acts happen?

The events recorded in Acts happened before AD 64, and likely occurred between AD 61-63. The book ends while the Apostle Paul is in his second year of house arrest in Rome around AD 60, but before Neronian persecution and Paul’s death between AD 64-68.

What was the setting of the Book of Acts?

Luke wrote the Book of Acts as well as the Gospel of Luke while visiting Paul during his first Roman imprisonment. Luke records the history of the Early Christian Church in the midst of a very pagan culture. Paul was under house arrest for his work for the Gospel, and heavy persecution by Nero was on its way within a few short years.

What is the purpose of the Book of Acts?

How does the Book of Acts apply to my life?

The Book of Acts was written by the Apostle Luke as an extension of the Gospel of Luke, one of the four accounts of the Gospels of Jesus. The Apostle Luke was a close friend and companion to the Apostle Paul, and he was also a Gentile doctor. Throughout the Book of Acts we see both Luke’s eyewitness accounts as well as well researched and documented accounts of events regarding the establishment of the Early Church.

Acts appears to be written to a specific person, but it is believed by many that Theophilus, which means “lover of God”, was more like a codename for all people who love God. This would be fitting for the themes of this intense account of the works of the Apostles and the Early Church. It would also serve as another reminder that these records are important for all Christians to read, learn, and apply the lessons learned through them.

The Book of Acts is a detailed account that can stir and convict hearts for the truth of the Gospel. It reviews so many important events of the Early Church, including the work of the Holy Spirit, the establishment of Early Church leadership, the conversion of Saul to Paul and then his missionary journeys, as well as the persecution and martyrdom of the Early Church. Luke provides these careful records to serve as an apologetic attesting to the true divinity of Jesus Christ.

Luke clearly had a goal to confirm the faith of believers, as well as to reassure early Christians of the truth of what they have been taught. He certainly does this well throughout this unashamed record of events. Through this account all Christians can find encouragement, reassurance, and vital lessons to help them in their own faith journey and personal relationship with Jesus Christ.

Grab the printable for the Book of Acts Overview study!

Acts of the ApostlesNew Testament
0

What is the Bible?

Names of Jesus as the Son of God

10 ways to show gratitude to strangers