Main Themes of the Books of 1 and 2 Timothy 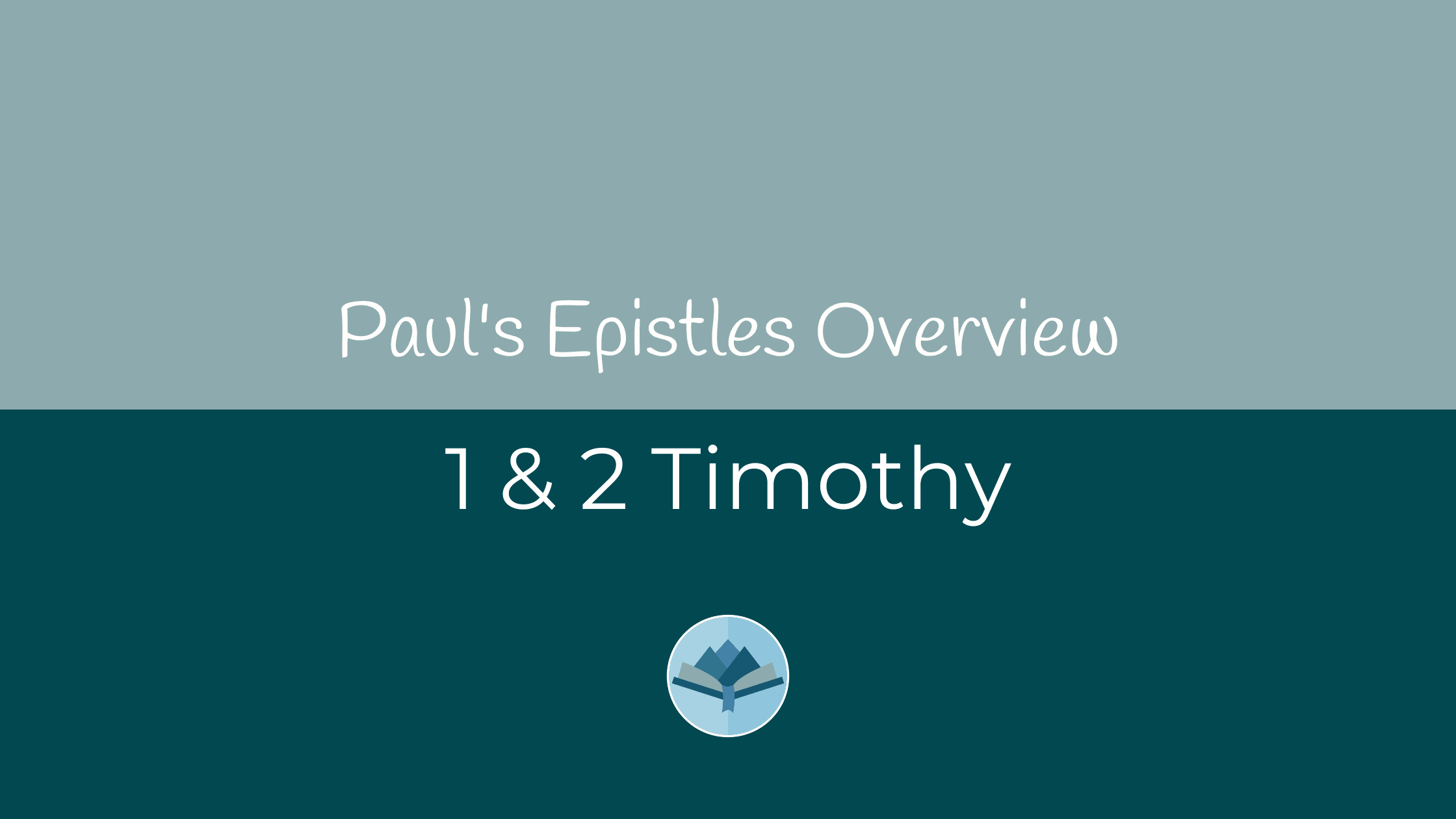 Who wrote the books of 1 and 2 Timothy and who did they write it for?

1 and 2 Timothy are letters written by the Apostle Paul to Timothy whom he had left in Ephesus to help the Ephesian church.

When did the events of the books of 1 and 2 Timothy happen?

What was the setting of the books of 1 and 2 Timothy?

Paul wrote these letters while Timothy was in Ephesus dealing with false teachings that had seeped into the church there.

What is the purpose of the books of 1 and 2 Timothy?

How do the books of 1 and 2 Timothy apply to my life?

1 Timothy was likely written after Paul was released from his first Roman imprisonment, met up with Timothy to travel together to Ephesus and left Timothy there to tend to the church while Paul himself went on to Macedonia. 2 Timothy is said to have been written after Paul was again imprisoned in Rome about 5 years later before he was later executed for standing firm in his faith and mission of sharing the gospel.

Timothy, who was described by Paul as being like a son to him, was entrusted with the teaching of the church in Ephesus and instructed by Paul in how to establish godly leaders in ministry. Paul also instructed Timothy on how Christians should conduct themselves as part of the church of God and how to use their spiritual gifts to share the gospel with others.

False teachings had infiltrated the Ephesian church and Paul was counseling Timothy on how to identify and combat this. Paul stresses the importance of being able to identify false doctrine and how to go about dealing with it within the church and encouraging others to be aware as well.

In 2 Timothy, Paul was writing to Timothy also to ask him to come to Paul. It is said that Paul was executed shortly after the letter of 2 Timothy, making this letter very likely his very last. Paul wanted to leave Timothy with vital wisdom and guidance in church ministry, Christian conduct, and encouragement for the persecution that he was sure to face. Paul likely also wanted to see Timothy again before he was executed.

The wisdom and encouragement that Paul wrote to Timothy in these letters are important for Christians of all generations to take to heart, study and apply to themselves. There is much exhortation, edification, and raw love found within these pages and can serve to embolden believers of Jesus in their faith and life.

Main Themes of Book of Proverbs

What makes the NIV Radiant Virtues Bible so encouraging?

What is grace and why do we need it?

What does it mean to be justified by grace?